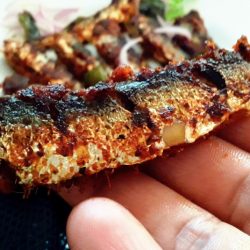 Hi all today I am showing you a tasty and special fish (sardine/ mathi/ chaala) fry. You can also use any type of fish for this recipe. This is the very simple method, add all the ingredients in a blender and make a fine paste. Marinate our fish with the masala and shallow fry the fish. You can always adjust the spices by making masala paste. Sardines are rich in 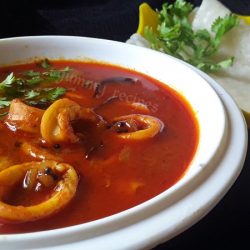 Squid in coconut milk is my favorite curry. For this we just use very little ingredients. The coconut milk gives you a special taste to our squid. It’s a best combination with dosa, chapatti, roti etc. For this recipe you can adjust the quantity of spices and water as per your taste. It has many health benefits. Squid is good source of protein. Also contains Omega-3, copper, zinc B vitamins 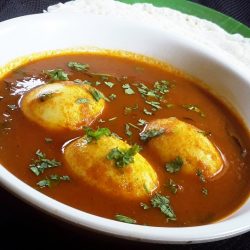 In this egg curry boiled eggs cooked in tomato and onion paste with adding spices. Egg is a healthy dish; I try to include eggs in our every day meal in different way. This is the simple way to make egg curry for dosa, chapatti and roti. Eggs are a very good source of inexpensive, high quality protein. The whites are rich sources of selenium, vitamin D, B6, B12 and 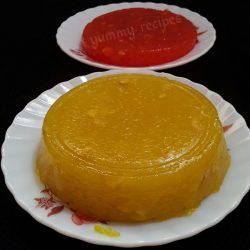 Bombay halwa is a popular Indian sweet, its high calorie and high fat content but loved for its incomparable taste. It’s very famous halwa that is a quick and tasty sweet which tastes best when served warm, it’s made by using corn flour. The texture is so soft.  Halwa may also be based on various other ingredients like varieties of nuts, fruits, vegetables and sunflower seeds. This can be done 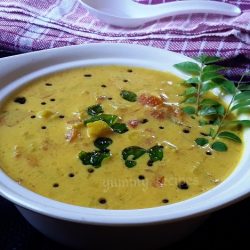 Bitter gourd /pavakka moru curry is the Kerala style curry. It’s the nice side dish for rice. This is the combination of pavaikka, tomato and yogurt. For this curry you can add drumstick / muringakka. I have this recipe from my amma, it’s my grandma’s favorite curry for rice. Bitter gourd contributes a healthy diet, and benefits your health due to its rich nutrient content. Pavaikka helps in increase digestive 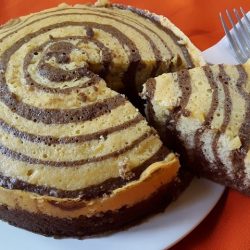 Zebra cakes like just marble cakes. I have this recipe from the media.  This is the first time I am tying ZEBRA CAKE, it’s really tasty and very simple. It’s just the pattern like zebra so that we called it a zebra cake. Zebra cake is very softy and spongy. This cake is the combination of vanilla cake and chocolate cake. Let’s see the ingredients list and method of preparation 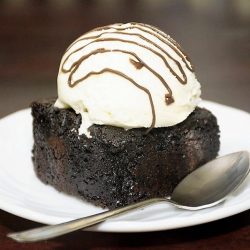 Coffee Walnut Chocolate Brownie What’s a brownie: A brownie is a flat, baked dessert square that was developed in the United States at the end of the 19th century and popularised in the U.S. and Canada during the first half of the 20th century. It is a cross between a cake and a soft cookie in texture and comes in a variety of forms. Depending on its density, it may be either fudgey or 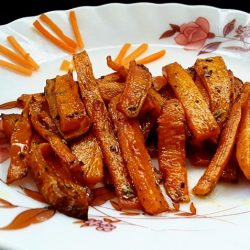 Glazed carrots are very tasty, easy to do and just delicious. It’s little sweet, crunchy. Here I peeled and cut the carrots in to length wise, all are in the same size. Eating carrots helps to reduced cholesterol, prevention from heart attacks. Carrots are one of the most widely used and enjoyed vegetables in the world. Let’s see the making of glazed carrot is bellow with detailed images. I hope 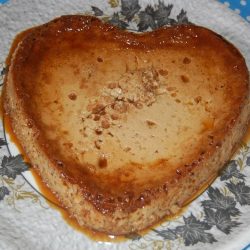 Coffee Flan/Coffee Pudding Coffee pudding is an egg and milk based healthy dessert which was originated in Latin America.  In Roman times, it was considered to healthy food and believed to soothe the chest, aid the kidneys and liver, increase fertility, and reduce urinary tract infections.  It was the Spaniards who first topped the flan with caramel sauce.  Later, The Mexicans took it to a new level: creating coffee, chocolate, and 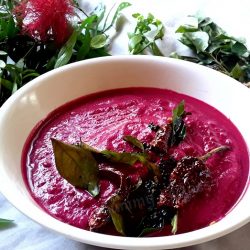 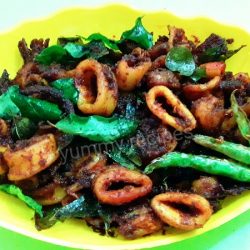 Today’s recipe is quick and easy SQUID/ KOONTHAL FRY. I have already showen you different method of squid recipes. It’s very easy and spicy also can make in a very little of time. Squid fry is the naadan style dry fry;  me and my daughter  likes to eat sea food. You can adjust the spices as per your taste. In different places squid have many names like koonthal, kanava and 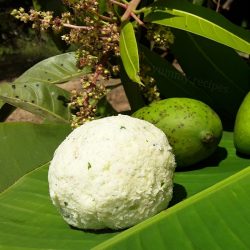 Many of you may be a fan of maanga chammanthi and also know the recipe of mango chutney. My childhood memories are always relates to the taste of mango. This is a quick dish prepared with sour raw mangoes. I love to use manga chammanthi for along with kanji. The sour mangoes are better for preparing this. If the mangos not sour add little vinegar. This is the very 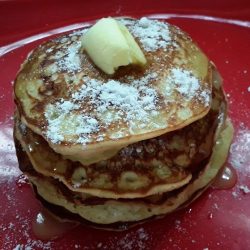 Banana pan cakes steps is flat cake; it may be serving with a verity of toppings and fillings. You can eat it’s as a breakfast. Use super ripe bananas to make banana pan cakes. India has many verities of pan cakes. Dosa, appam and uttappam are pancakes made in south Indian cooking style. Here i am already showing u you a simple banana pola recipe by using egg. This is 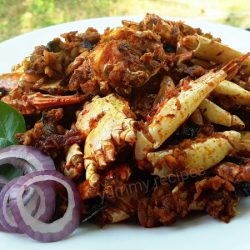 Crab Roast Recipe, traditional dry and spicy recipe. Seafood is my favorite food. This is the simple way to make crab roast. We are making roast recipe with using chicken, prawns and other fish items. You can change the quantity of spices that depending on your taste. Crab is a great source of protein. It contains almost as much protein per 100grams as meats without anywhere near the same levels 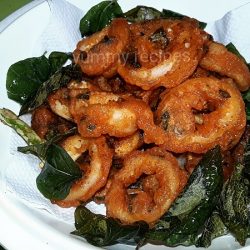 Hi friends to day I will show you a squid ring fry. This recipe is coated with maida and rice flour then deep fry in hot oil. Squid fry is a simple, easy and tasty recipe. Squid food is prepared in different ways in different countries. Its also called as  kanava and koonthal. Squids are eaten in most parts of America and south Asia, they called calamari. Squid can provide 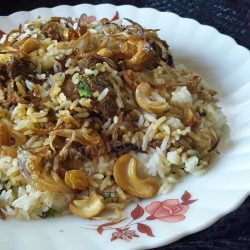 Biriyani is a flavorful recipe with the combination of rice with meat, fish and vegetables. There are lot of biriyani that have different spices and different tastes. Here I am showing you a very popular Kerala Beef Biryani known as Malabar beef biryani. Malabar style beef biriyani have an amazing taste; this is our Sunday special food.  You can serve this with pickle or salad etc. Let’s see the recipe of beef 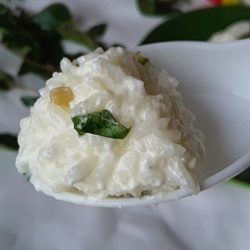 Curd rice / thairu saatham is a south Indian recipe, it’s a part of a larger meals. It’s very simple to make   Curd rice recipe and very tasty to eat for vegetarian persons. If you have some balanced rice you just try it. It’s a good combination with pickles. You can add fruits in it. I hope all are trying like this very simple and tasty curd rice / 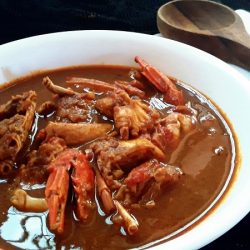 Hi friends, today I am sharing with you a yummy and tasty Crab In Roasted Coconut Gravy. It’s very simple to prepare and very good combination with rice, chapati etc.  I learned this from my mother; she is also a perfect cook at our kitchen. The fried curry leaves gives you a special taste to the curry. Crab is a great source of protein. It contains almost as much protein 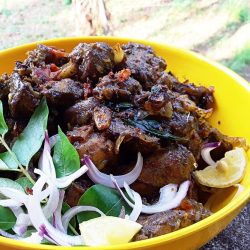 Chicken liver pepper fry is an Indian style recipe. Chicken livers are high in protein and a rich store of folate, which is important for fertility and helps prevent certain birth defects. Livers are also loaded with iron to give you energy. Here I am making this recipe in my own version. It’s very tasty and the pepper gives an aromatic flavor and spices to this fry. If you can 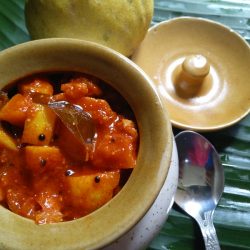