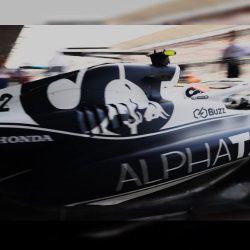 AlphaTauri has said that they will unveil the new version of their team’s livery for the 2023 season at a launch event that will take place in New York City. On Friday, AlphaTauri revealed that they will beat both Aston Martin and Ferrari to it – at least for the car’s color scheme – with an unveiling of their 2023 livery on February 11th. Both Aston Martin and Ferrari have