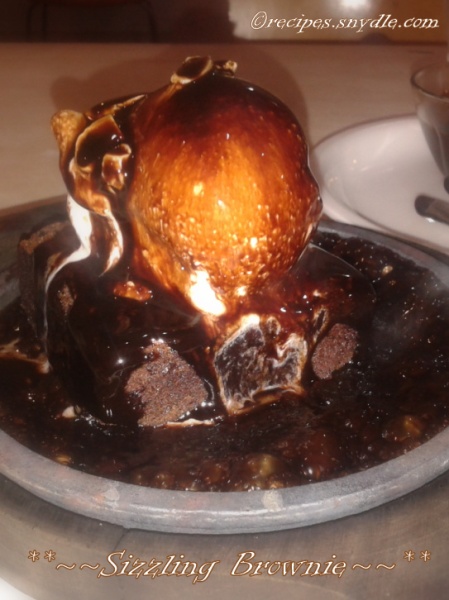 Sizzling Brownie has been gaining popularity among the foodies since quite a while now. The trend of including Sizzling Brownie in the dessert menu has spread like a wild fire. But it is all justified. Sizzling Brownie is one of the most magical desserts. It is fairly easy to make Sizzling Brownie at home, when you come to the think of it. The assembly part is indeed the easiest one. 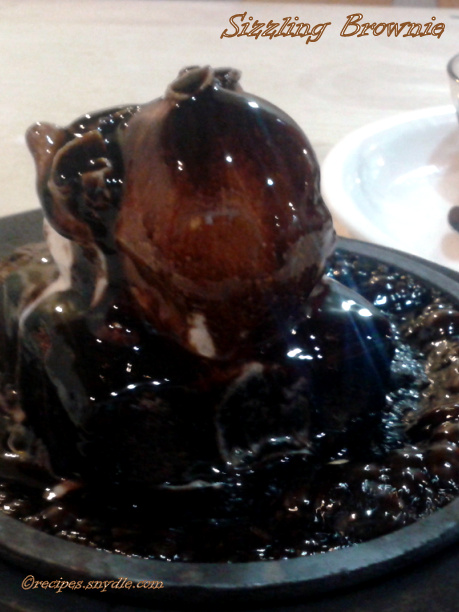 Excuse me for the bad picture quality. It was all smoky, which made it difficult for me to click good pictures.

The brownie should be dense and not spongy like cake. I like my brownie harder and to have a nice crust, so I bake for a little longer. Adding walnuts to the brownie gives it a nice texture and nuttiness. The best way to have Sizzling Brownie is to eat directly from the sizzler plate. So, you should use small sized sizzler plates. It will look decent. The real fun lies in scraping the thick, bubbling chocolate sauce off the sizzler plate. Just be careful while eating it because it is too hot. The warm, nutty brownie, hot and smoky chocolate sauce and cool ice-cream – It is a burst of flavors in your mouth!

I made the walnut brownie and chocolate sauce at home. The brownie recipe is Chef Sanjeev Kapoor’s recipe. I used store-bought vanilla ice-cream. And for a change, I added a dash of rum to the chocolate sauce! 😀 But if you are going to make Sizzling Brownie for your kids, or you do not happen to like alcohol, you can simply give rum a pass.

Let us see how to make Sizzling Brownie. 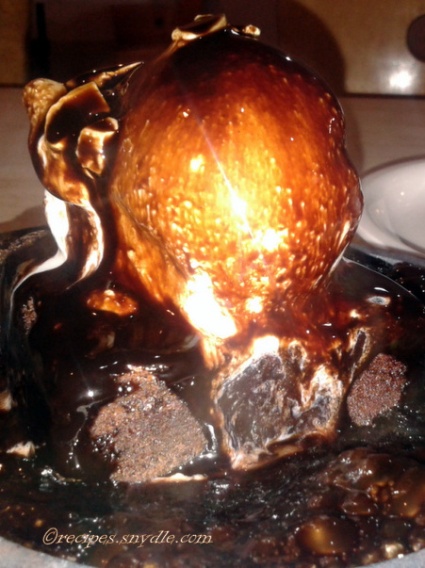