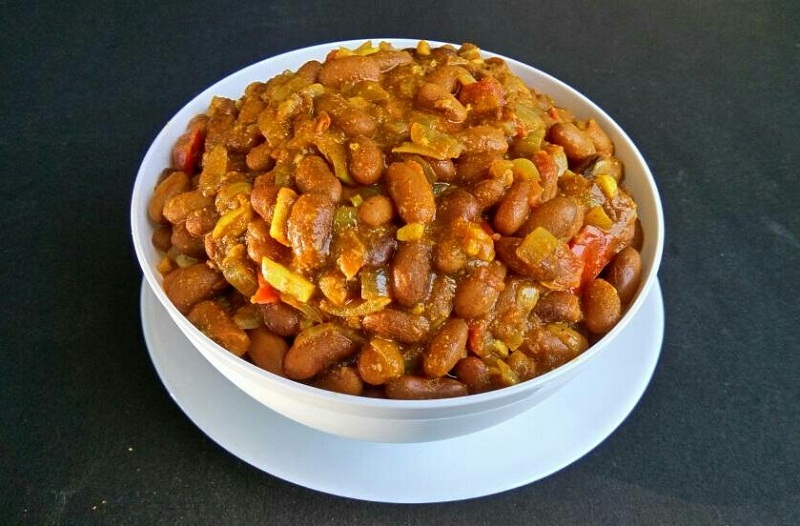 Rajma Masala is a famous vegetarian dish, It is a North Indian dish which people love to eat with out any regional difference. Today we are making an Easy Restaurant Style Rajma Masala or Red Kidney Beans Curry. This recipe is a simple version which gives a good source of protein to our diet.

In this Rajma Masala, we are cooking it along with onion, ginger, garlic and other masalas. There are two types of rajma Beans available in shop’s, here I used which is lighter in colour the other variety is darker in colour. Usually this curry is served along with rice, which is a famous combination food. 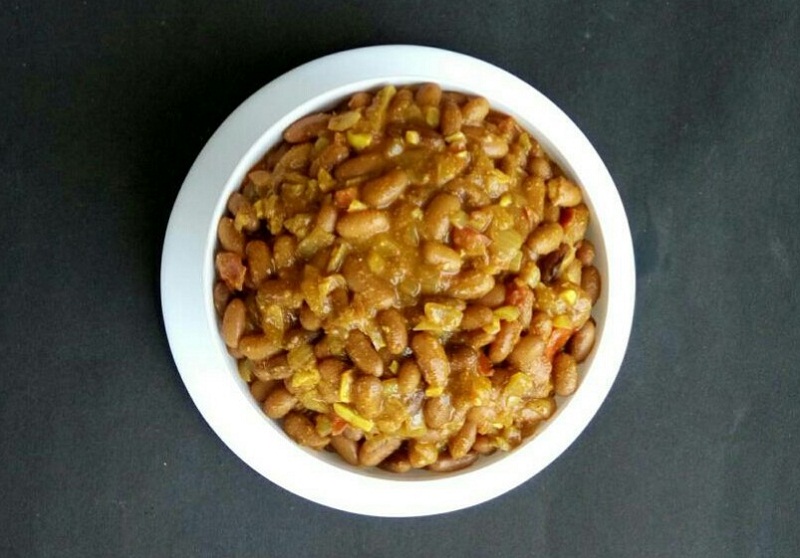 Soak rajma overnight. wash it and pressure cook with pouring five cups of water and half spoon salt, after cooking drain it and reserve the cooking liquor.

Heat oil in a pan and saute onion. add ginger, garlic into it and saute it for few minutes

Add chilly powder, turmeric powder, geera powder, cummin powder and coriander powder into the pan and saute it in low flame until lost the raw smell

Add rajma to this masala along with the liquor which we saved earlier.

Check the salt, and enough salt to the gravey. Pour lime guice and mix it well.

Now add garam masala and fresh cream to the gravey and mix it well.

Turn off the heat and add chopped coriander leaves to Rajma Masala. 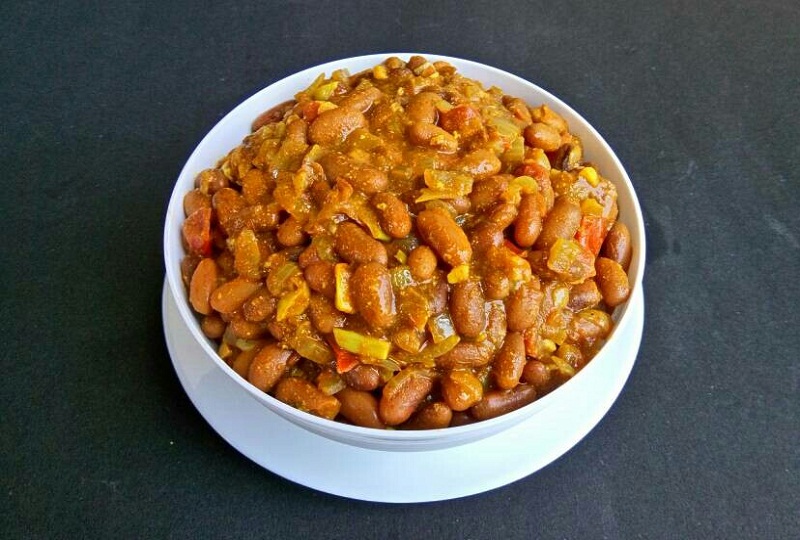