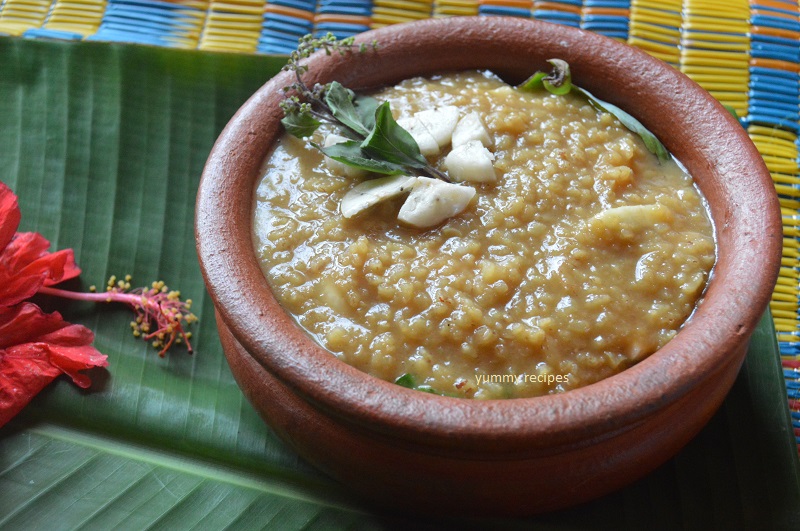 In Thiruvananthapuram capital city of Kerala, in South India celebrates Aattukaal Pongala. Attukal temble described as Sabarimala of the women. The pongala mahothsavam is the most important festival of Attukaal Bhagavathy Temple. Only women are allowed to participate in the pongala. 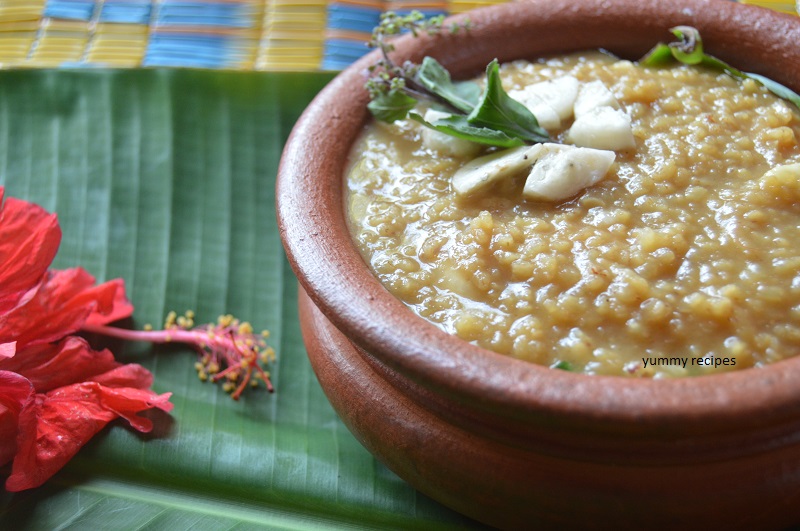 The ritual of cooking starts early in the morning and by noon. Then the chief priest of the temple arrives with the goddess’s sword and blesses the ladies by sprinkling holy water and flower.  The ladies take the blessed Pongala to their houses. It is widely believed that the goddess Bhagavati can be make your wishes come true if you participate in this festival and the women do the rituals for health and prosperity of their families. 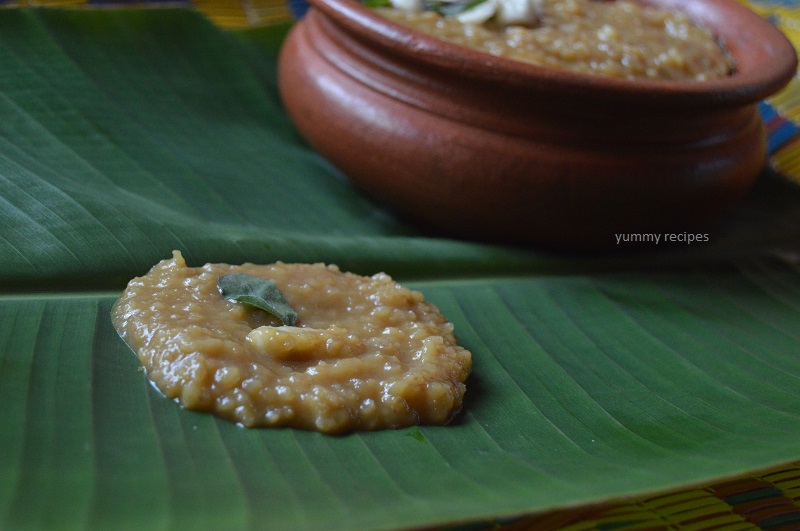 Annagi (Kannaki )a legendary Tamil woman is the central character of the South Indian epic Silapathikaram. Legend has it that Kannaki took revenge on the king of Madurai, for a mistaken death penalty imposed on her husband Kovalan, by cursing the city with disaster.

For attukal ponkala mainly use 5 ingredients like, ghee, jaggery, crystallized sugar, small banana and milk. Let’s see the making below with detailed images.

Pressure cook for 3 to 4 whistles in high to low flame. 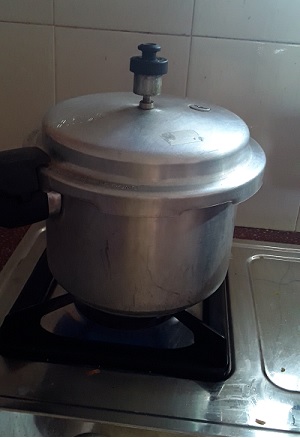 After the pressure settles remove in to a deep bottom pan and mash it well, add jaggery in to this. Allow it to melt put heat in medium to low flame.

Then add chopped small banana (add thulsi) and 1 table spoon ghee. Then remove from the stove. 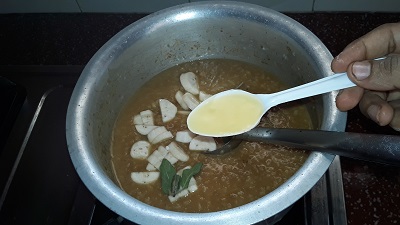